By Steven - September 18, 2016
And during that time I have given up on Facebook. Except that I haven't. I decided to remove my real self from FB and return under a pseudonym. I'm now Billy Bob Wurlitzer. Heir to the second cousin of famed organ building family's fortune in old organs. Or I can be whatever I feel like being. FB was simply becoming too intense for me and I couldn't handle it well. I had to leave. I have ASD and I'm very introverted as well. Or maybe they always go to together? Anyway, now I'm on FB on my own, or Billy Bob's terms.

With that out of the way, I can talk about digital art. Because of my hip and spine pain, I have been unable to use my wonderful easel. Standing for very long causes pain; ergo, I don't stand. I did decide to pursue digital painting instead. Quite a few well known artists have tried digital and done well with it. I bought a Wacom Draw digital drawing pad. I am 'renting' SketchBook for $2.50 a month. I also bought Rebelle software. All told it was less that $150. And it has become my salvation. I am creative once again. I have a million brushes and pens and pencils and pastels to use along with an infinite number of canvas and canvas size. I can make a 4'x6' painting or a 4"x6" painting and all on the same electronic easel. I spray the paint on or use a palette knife. Or do both on the same painting.

It's not perfect. I really miss miss my easel time and hope to be painting on it again. In the meantime, this is working just fine. I print my work as 5x7 photos so that I can see them...differently. I hope to produce a painting that I can print on canvas. Then it will be on my wall with the others. 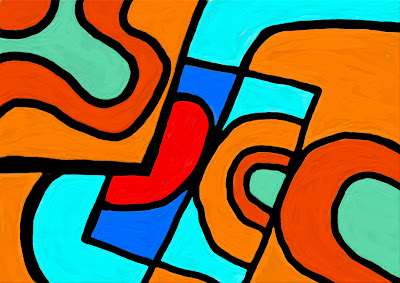 They have titles of course. This is "There Was Nothing Betwixt Me And The Truth"

Followed by "The Year of the Tribes ll"

Then it's "Alongside All of the Others"

Followed by "So We Meet Once Again"

Followed by "Here's Looking at You Kid" 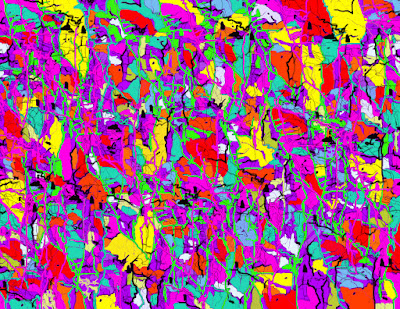 I have dozens more and some are better than these; some are not. In the meantime I have saved a small fortune in paint and canvas. The 5x7 prints are just .59 cents each at Costco.

I gave the last 3 images a little more space. They were painted in half sheet size so they can be expanded without loss of sharpness. They are also saved as TIFF files for better resolution. 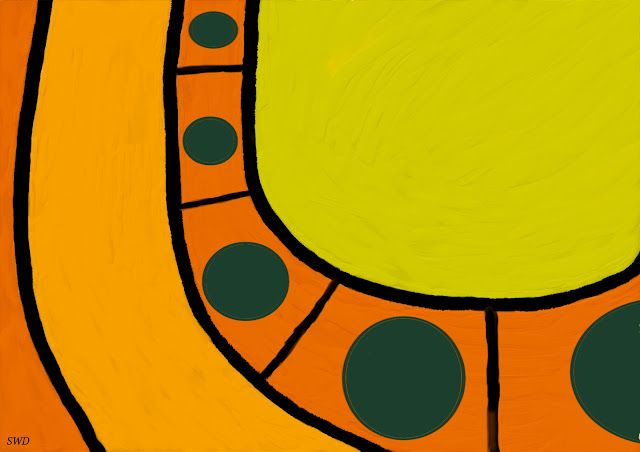 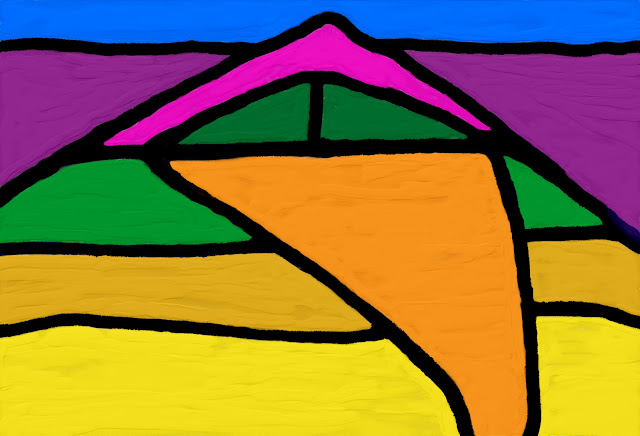 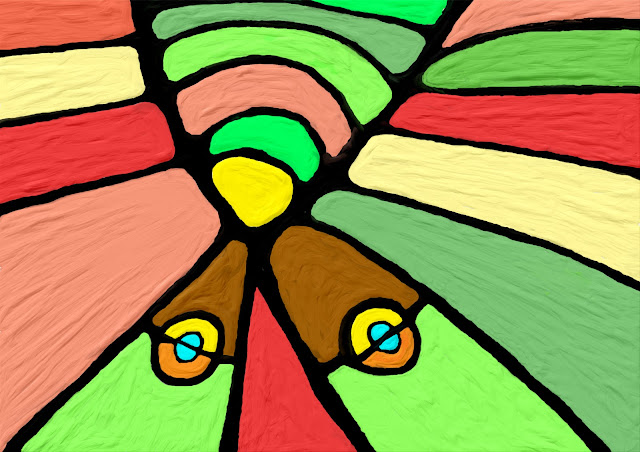 Popular posts from this blog

By Steven - October 07, 2017
It's been awhile since I last posted here, but I have excuses. I broke my pelvis in November of last year and broke a few of my ribs last month. In between these events I have been chasing other health and pain issues. So much for that...it's time to move forward. Slowly and with the help of my cane.

I need to re-design this site and that may take some time. Also I need to post some more of my digital work. I'm still unable to stand at an easel for more than a few minutes; that makes digital appealing to me.
Read more 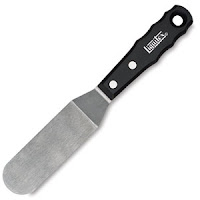 I haven't posted here for awhile but I have an excuse; I had some surgery and that kept me from thinking; even more than I usually 'don't'. Between the pain meds and the surgery, I was lucky to remember my name...

I've been working on the upcoming show. The show has my name on it but the Tuesday Painters deserve a whole lot of the credit for my being there. I wouldn't have had the courage to submit my work for the show if it weren't for the praise and criticism I've received from my friends over the years.

I should mention this new tool I picked up while shopping at Ellis Art.  It's the Liquitex Painting Knife #3. It cost something close to $15, but it's been worth every penny of it. I have a much longer knife but I tend to drag my knuckles into the paint when I use it. This one is just the right size for me.

I'm not a paid sponsor for anything...but I would love to be! Anyway, some thoughts about Liquitex. Their Basic series of student grade…
Read more 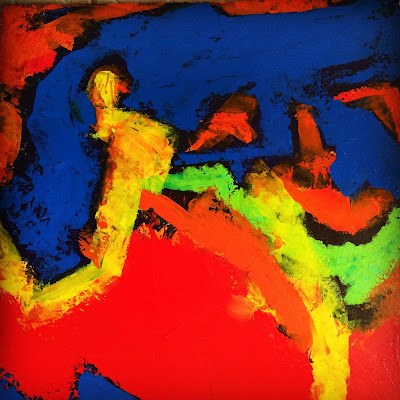 The show date is coming up. And I had a conversation with the art director yesterday, where he told me a little about the boards decision to include my paintings in this years show. He pointed to two paintings that they 'really' liked...

This one surprised me. I only knew of one other person that liked it, beside myself.


Then, there is this one...here, I thought I was the only one that liked it.

So goes the life of an Abstract Expressionist. Ordinarily, it's a lonely life. What I love about the painting is something I see in my head. The painting is an attempt by me to let you in to 'my head'. Sometimes it works and sometimes it doesn't.